The 2019 BEMSAA award winners are:

Rena is an NAACP Youth Coalition leader  and one of the most outspoken leaders for ethnic studies and the Black Lives Matter at School movement.

Khabirah founded the Black Student Union at Madrona Elementary School and has served as the Garfield High School BSU president for the past three years. She has been a relentless advocate for Black students and lead many struggles for racial justice and initiatives to promote Black excellence.

Cece serves as the Nathan Hale’s representative on the NAACP-Youth Coalition and has been a leader in the struggle for ethnic studies and for the Black Lives Matter at School week of action. Cece has also recently finished a documentary about the struggle and promise of ethnic studies in the Seattle schools!

Michael Bennett gave Rena the special Pennie Bennett award in the name of his mother saying,

My mom worked in the school district for the last 30 years…Me and Jesse have been friends for a while and I wanted to be able to create an lasting award for Black education and give out an award out every year to represent what my mom believes in…My mom was looking at all the things you were doing and she said, that girls is amazing! And I’m lucky to be able to give this award to Rena!

“I am so proud of this year’s winners of the Black Education Matters Student Activist Award,” said BEMSAA director Jesse Hagopian. “They have all contributed greatly to undoing institutional racism in the schools and have demonstrated brave leadership in struggles for social justice.”

Past award winners have been among the most impactful student leaders in Seattle, including leading mass walkouts against president Trump’s inauguration, leading the successful movement for ORCA transportation cards for Seattle students, leading whole teams to take a knee during the national anthem, launching the NAACP Youth Coalition, leading movements for food justice, and more.

Ifrah Abshir , 2016 winner of the Black Education Matters Student Activist Award, created this video to tell the 2019 winners what the award ment to her.

The BEMSAA award was started with funds Seattle teacher Jesse Hagopian received in a settlement after suing the Seattle Police Department and the City of Seattle when he was wrongfully assaulted by a Seattle Police officer.

On MLK Day 2015, Jesse Hagopian was pepper sprayed in the face by a Seattle police officer without provocation. The incident occurred not long after Hagopian gave the final speech at the MLK Day community rally.

Visit http://www.BlackEducationMatters.org to learn more about the award or to nominate a youth leader.

Seattle Public School students  (or advocates on their behalf) can apply for the Award by filling out this application.  Applications for the 2019 award are due by May 10th and award winners will be announced around the end of the month.

The Black Education Matters Student Activist Award fund offers a $1000 package to a deserving Seattle public school student who demonstrates exceptional leadership in struggles for social justice, and against institutional or structural racism. Student can nominate themselves, or can be nominated by a friend, teacher, coach, counselor, parent or others.

Criteria for selecting the awardee:
• Any student who has been enrolled for a semester or more in a Seattle public school.
• A student who has shown social justice leadership in struggles against racism—especially with an understanding of the intersections with sexism, homophobia, transphobia, Islamaphobia, class exploitation and other forms of oppression—within their school or community.

Application instructions: Nominees must submit required material by May 10, 2019, to be considered for the award.
• Applicant or nominee name and other requested information, see below.
• Clippings or links to evidence or stories about the student’s work, if available.
• In addition to the information in the form, send 2 letters of recommendation, each not less than 300 or more than 700 words each, describing the nominee’s work and why it is deserving of recognition and how the student’s leadership qualities may further social justice work in the future.
• Note there are no restrictions for how the Nominee uses the funds obtained through this award.

The application for the award is available here: https://docs.google.com/forms/d/1JIqRZxNDUdYtGEsgJLP4ArM0VMaTMbPjfWEh-Bok3zU/edit?ts=58616bba 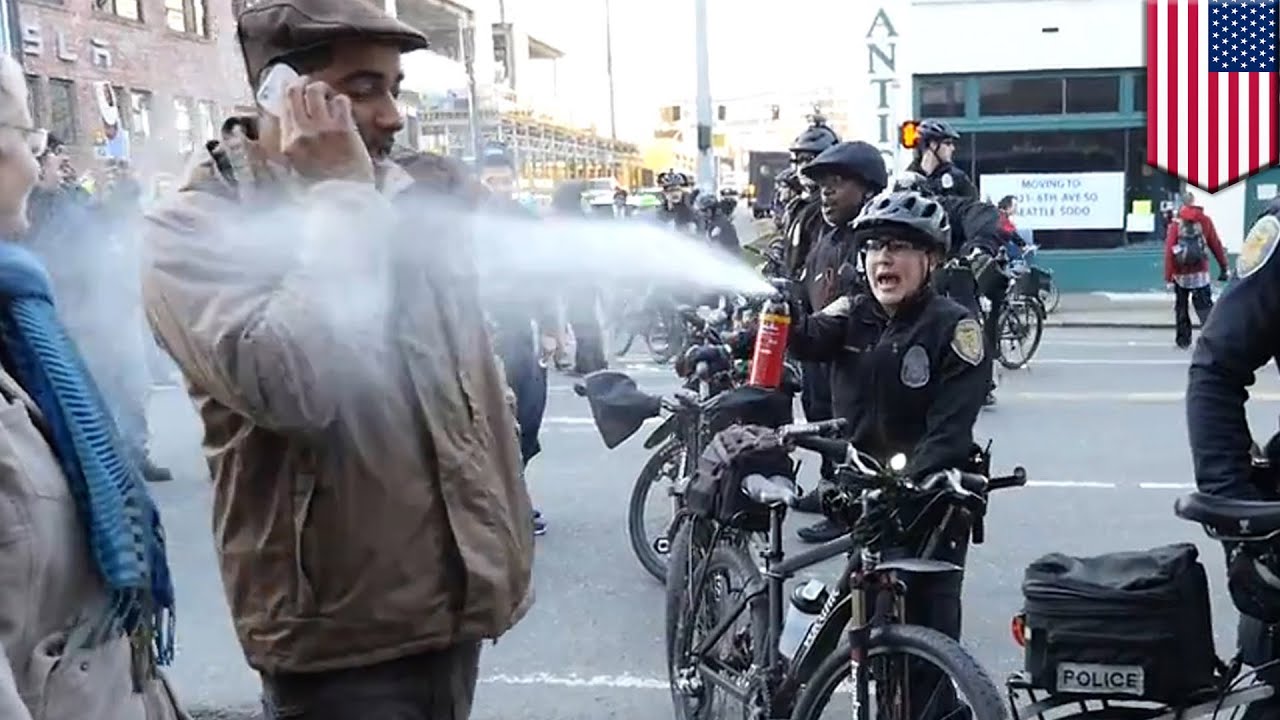 In January of 2015, Jesse Hagopian gave the final speech at Seattle’s Martin Luther King Day rally.  Not long after, he was pepper-sprayed without provocation by an officer of the Seattle Police Department.  The incident was captured on video by an onlooker. Jesse reached a settlement over the incident with the City of Seattle and used the proceeds to start the “Black Education Matters Student Activist Award.”

Seattle Public School students  (or advocates on their behalf) can apply for the Black Education Matters Student Activist Award by filling out this application.

The winners of the Black Education Matters Student Activist Award are some of the most dynamic leaders in the struggle for racial justice in Seattle area.  Learn more about these young powerful changemakers below.

Click on the link to learn about all the amazing youth award winners.

Application to the The Black Education Matters Student Activist Award is due by May 5th, 2018.  The Award was created by Jesse Hagopian to honor the work of youth who challenge institutional racism and oppression.

Common Dreams: “How One Educator Transformed an Act of Police Brutality into a Force for Good”